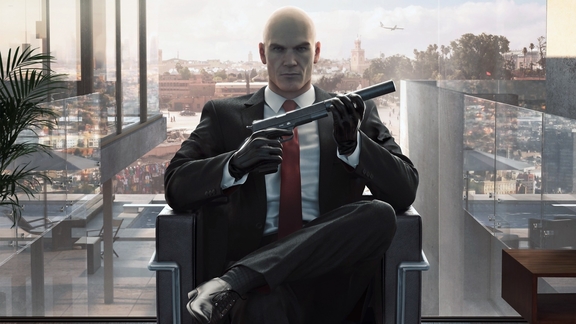 Four and a half years ago, I began writing about games through a series called “Why Story Matters” where I’d analyze the story or storytelling devices that a game used in an interesting way. One entry I wrote focused on the episodic release structure of Telltale’s The Walking Dead and how it made for a different type of game experience. However, as episodic releases have persisted with the late Telltale and even with other games, I think it’s important to reevaluate the episodic release structure and see in what areas it works and what areas it fails. So before reading further, make sure you look here for my 2014 post, and then come back and see how things have changed.

Telltale became synonymous with a few things in its run: turning major IPs into adventure games, bad technical issues that never were addressed, and releasing games in pieces via episodes. After releasing games episodically since 2005 to negative or mixed reception, the company hit gold both monetarily and reputation-wise with the release of season one of Telltale’s The Walking Dead. I previously believed that the way the company was releasing their games was a positive idea. But in a time where the idea is no longer novel, some of the things that made it special back then just don’t have the same effect. The major takeaway from this fresh set of eyes, though, is that other games are doing this type of release to a far greater effect.

The episodic release structure of an adventure game like this isn’t that bad on paper. The developers are able to push out the game in sizable pieces which will then both fund and inform the development of the later episodes as players voice their praises and concerns. It also gives players a lot of time to play the episode and talk about it in anticipation for the next one. If a player has no way of going back to a day and age where they can’t binge their favorite show on Netflix all once once, then they can just wait for the full season to release. Back when I talked about the company’s games in 2014, a lot of this felt very new, exciting, and promising.

However, as time went on and I became a game developer myself, some key issues with this formula surfaced. The first major one is the amount of crunch that is required for a series like this. Normally, developers have a few milestones on the way to releasing a game that are scattered across the year or years of development like big conventions like E3, testing phases, and the actual release and marketing. These milestones necessitate crunch, where developers will have to put in long and rigorous work weeks to meet the deadline. However, for episodic games, those milestones happen for each episode every few months. Each episode has its own set of stress and sleepless nights, which takes an extremely large toll on the developers.

In addition, the episodic release structure doesn’t work as elegantly from a modern viewpoint. Each episode is 2-3 hours long, and a new Telltale episode usually is released every 2 months or so. While I originally saw this structure as a way to build anticipation for the rest of a series, I now, after having played a few episodic games, believe it hampers the experience by allowing me more and more time to forget about the game. Each episode of a series needs to hook a player enough to get them to come back for the next episode, and while in 2014 there might not have been as many releases to take your attention away from a game like that, 2018 is an entirely different beast where every week has a new game to fixate on. Anticipation is no longer enough to ensure a playerbase.

A lot of what was just discussed is tied to story-focused adventure games. But what about with other types of games? There aren’t many non-Telltale, non-narrative episodic games that are noteworthy, but two stand out as prime examples to examine. The first one we’re gonna look is Resident Evil Revelations 2.

If you bought this game today, you’d be treated to a Resident Evil game that brings the series back to its roots of horror and action that can be played alone or with a friend. If you had bought the game at release, however, you would have had to wait four weeks to enjoy the entire experience as episodes were dropped weekly for a month. This business move from Capcom is hard to understand because the game feels complete on its own and given how close the episodes released to each other, they clearly weren’t working on the episodes much between them. I’d be curious to see the engagement numbers with each episode because I only heard of people losing interested in the game after having to wait simply to finish it.

The final example I want to talk about is a game I feel did the episodic release structure right: Hitman. There’s a single reason that the design of Hitman lends itself well to a piecemeal release, and that’s the fact that levels in this game are meant to be replayed multiple times. Mark Brown has a video that perfectly talks about the repetition of the missions of the game which you can find here, but the gist of it is that Hitman‘s missions are set up to incentivize players to replay them in different ways through specific challenges and clever object placements. Games like Telltale’s The Walking Dead seem on the surface to have replayability based on the different paths the player can take. However, very few people actually retread a narrative-focused game that doesn’t change that much between paths because they usually feel the first story they get is “their” story. If it’s episode one, they would rather see where their choices will lead in the coming episodes than restart to “optimize” the outcome. The only replayability I’ve found in narrative games is playing with people who have not already experienced the story.

On the other hand, an episode of Hitman would come out every month. That left players a pretty perfect amount of time to play the mission over and over, completing sub-objectives and trying out the many gameplay paths until they were satisfied, and then move on to another game until the next episode came out soon enough that they wouldn’t completely forget about it. Players weren’t kept on their seats at the end of a mission and eager to see where it continued next time; they were excited to play a new, dense, and well-designed mission. The elusive targets and player-created jobs also kept players busy and interested between releases if they wanted to stick around in the game. If the title had been pushed as a complete package, I feel most people wouldn’t have taken the time to explore each level as thoroughly. Unfortunately, Hitman‘s new format didn’t do too well monetarily, but it was a great idea for the type of game that it was.

So all in all, this look back at episodic releases ends up a bit more negative than I expected, but Hitman shows that there’s a genuinely beneficial way to do episodic releases right. If it ties well into the gameplay and the wait between episodes isn’t too long, I could see it being a popular business model to adopt for other games.