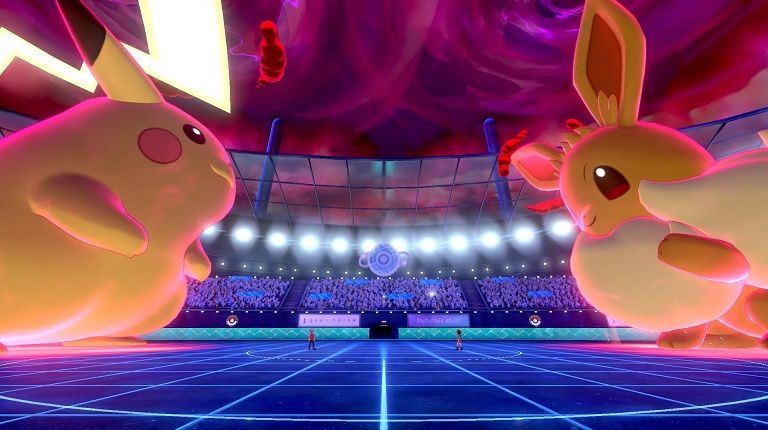 Like millions of other kids, I grew up with an obsession for Pokemon. It’s the largest media franchise out there, and it’s impossible to avoid on the playground, whether it’s a friend telling you about the anime or two kids showing of their holographics from the card game. My introduction was with a copy of Pokemon Gold that had a dead save battery, which meant I played up until the first gym of that game many times before my parents bought me Pokemon Silver. Besides generation 3, my entire life can be tracked by my interest in each generational entry in the franchise.

However, the tedium of Pokemon Sun and Moon in 2016 burned me and kept my interest in the newest entries, Pokemon Sword and Shield, fairly low. I used to scour the internet for every bit of information about the games, from the gym types to the differences between the games, but this time I largely ignored the buildup. I even told myself I was going to wait a few months to play the games. However, I purchased Pokemon Shield on a whim the night of release after my friends had said they were getting together to play it. What I was shocked to find, amidst the sea of online hate for the game’s cut roster and graphics, was a game that really hooked me from the get-go.

Throughout its history, Pokemon has really been about mastery. The games had players set lofty aspirations, asking them to catch every Pokemon in the region and become the champion. For all of its missteps (and there are many) the most interesting force behind Sword and Shield is its interest in shifting away from mastery into more of a focus on experimentation and player stories. Previous games in the series had players’ minds on the destination, but removing major frustrations through small quality of life improvements, the Wild Area, and Max Raids put the journey itself on full display.

Now, obviously the games still want players to grow in strength and become the Champion. As always, there’s a gym challenge and rivals to beat, and there’s a Pokedex to fill. In addition, the stories and characters of those games, as well as the progress being made to get that strong, was a journey worth remembering. However, Sword and Shield seems to really want players to just have fun as they make their way through the game and not worry about if they’re tough enough to overcome the challenge.

The first major change that leads to this mindset is the way that players catch Pokemon. In most areas of the game, the series’ staple grass encounters are at the heart of collecting Pokemon. The game’s evolve the classic random encounters by allowing players to avoid them almost entirely if they choose. A lot of the wild Pokemon are visible in the level like in Let’s Go: Pikachu and Eevee so that players know what they’re up against, and those that are hidden in the grass still have to chase the player down in order to start a battle. These changes reduce a lot of frustration found in sifting through battles to find the Pokemon you’re looking for and trying to get to the next town to continue the story.

The Wild Area, on the other hand, really plays this aspect up. This new, sprawling area between towns houses a majority of the region’s returning Pokemon and many new ones, and it allows players to explore and see every Pokemon they can catch without the need to enter battles. First off, it’s just a breath of fresh air for the series to allow this open setting to explore, even if it’s devoid of much besides Pokemon to fight and catch. With this variety of creatures, players have a lot to choose from in order to build their roster out.

This is expanded upon in the Max Raid battles where up to 4 players can join together to fight and catch much stronger Pokemon. This is where I probably had the most fun in the game, as my friends and I would sit around for a couple hours and play through the game, occasionally stopping to come together for a strong raid. Even though I was further behind in the game, I still got to join in and play my part to bring the boss down 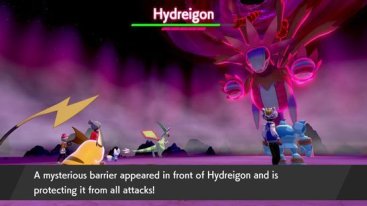 together. My odds of catching the Pokemon during these raids was also the same as everyone else even though I was underleveled, which meant I was able to catch some really powerful and interesting Pokemon early on (though they do keep their level at the player’s current level cap). Pokemon has had a pretty good balance from the get-go of cooperation through trading and competition through battling, but this felt like the series’ first attempt at really bringing players together for a cooperative experience. I already have many memories of lining up attacks perfectly or someone catching the raid boss with a Great Ball when all others failed with stronger options.

These raids also play into the game’s many Quality of Life changes to fundamentally make the game a lot less frustrating to play. The raids give a variety of EXP candies that can be used to quickly level Pokemon up, which is insanely helpful when you catch a Pokemon you really like but don’t want to spend all that time training it up to match your team’s level. The reintroduction of strong one-use TMs through the TRs that are awarded from raids doesn’t actually hinder this freedom because the player is constantly getting new moves to use that it’s easy to see what fits right for their team.

That all leads into a problem that many people have had with recent Pokemon games, in the fact that they’ve been too easy. While I agree that some aspect of the games’ balance has been tailored for children and made easier, people equate a lot of challenge in turn-based RPGs to the time they sink into the game. In an action game, it’s very easy to see 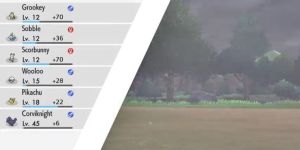 the difficulty curve as players have to get better at precision, timing, and reactions as the game goes on; in turn-based games, a lot of difficulty is determined by the numbers and stats. Pokemon is one of the few turn-based RPG systems I enjoy due to its depth with stat changes, type advantages/disadvantages, variety of monsters to choose from, and crazy amounts of synergy potential. I actually think these games have challenge because of this depth and how players have to utilize their multitude of options most effectively. Sword and Shield streamline the stat growth by keeping the EXP Share on at all times and only really allowing players to become overleveled if they’re off exploring a lot and grinding.

This freedom to just do what I want left me with my most enjoyable adventure in the series since Black and White. The monster designs are the best since that generation, as well, so I spent a lot of time just catching cool Pokemon and trying them out on my team. I would abandon my progress in the story to try and catch a Gigantamax Snorlax with some friends before getting sidetracked trying to find a new Pokemon that I’d never seen before my friend showed me it. It doesn’t waste the player’s time as much and it wants to facilitate emergent stories more than ever. Series constantly redefine themselves in attempts to keep players hooked, but Pokemon decided that reducing the frustration and increasing the options that players were looking for enhanced the experience in a completely new way and made the game that much more enjoyable because of it.